The life lessons of rowing

Posted on September 1, 2017 by robpatrob 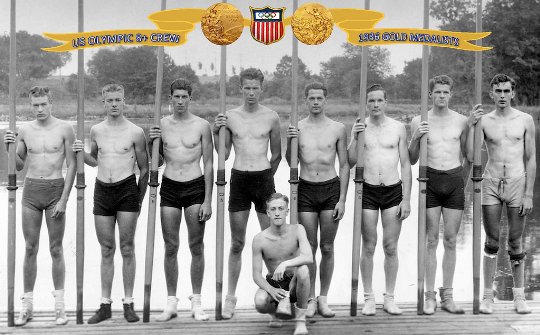 Rowing is so much more than a sport or exercise. Its terrible demands change us as people. Here is what I mean.

“Rowing is perhaps the toughest of sports. Once the race start, there are no time outs, no substitutions. It calls upon the limits of human endurance. The coach must therefore impart the secrets of this special kind of endurance that comes from mind, heart and body.”

“One of the first admonitions of a good rowing coach, after the fundamentals are over, is “pull you own weight” and the young oarsman does just that when he finds out that the boat goes better when he does. There is certainly a social implication here.”

When you get the rhythm in an eight, it’s pure pleasure to be in it. It’s not hard work when the rhythm comes – that “swing” as they call it. I’ve heard men shriek out with delight when that swing came in an eight; it’s surely a thing that they will never forget as long as they live.

“He, (Pocock) suggested that Joe (The central figure in the book) think of a well-rowed race as a symphony and himself as just one player in the orchestra. If one fellow in an orchestra was playing put of tune, or playing at a different tempo, the whole piece would naturally be ruined. That’s the way it was with rowing. What mattered more than how hard a man rowed was how well everything he did in the boat harmonized with what the other fellows were doing.

And a man couldn’t harmonize with his cremates unless he opened his heart to them. He had to care about his crew. It wasn’t just the rowing but his cremates that he had to give himself unto, even if it meant getting his feelings hurt.”

“Pocock paused and he looked up at Joe. “If you don’t like some fellow in the boat, Joe, you have to learn to like him. It has to matter to you whether he wins the race not just whether you do.”

“Joe, when you really start trusting those other boys, you will feel a power at work within you that is far beyond anything that you’ve ever imagined. Sometimes you will feel as if you have rowed right off the planet and are rowing among the stars.”

“What is the spiritual value of rowing?… The losing of self entirely to the cooperative effort of the crew as a whole.”

“Harmony, balance and rhythm. They’re the three things that stay with you your whole life. Without them civilization is out of whack. And that’s why an oarsmen, when he goes out in life, he can fight it, he can handle life. That’s what he gets from rowing.” 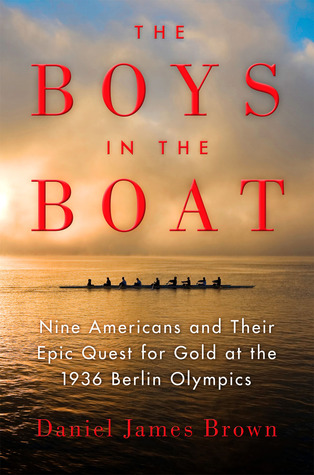 *George Pocock was the greatest boat builder of the 20th century. Based in Washington near Seattle, he was born an Englishman and learned his trade at Eton. Before the advent of plastic boats, ALL the great rowing crews used his boats.

He was an inspirational figure to the US Olympic team in 1936 who won gold and who were from the Seattle region.

These are excerpts from the greatest book on rowing available, Boys in the Boat by Daniel James Brown that tells the story of this 8.

Like Loading...
This entry was posted in English and tagged Boys in the Boat, Rowing. Bookmark the permalink.

2 Responses to The life lessons of rowing